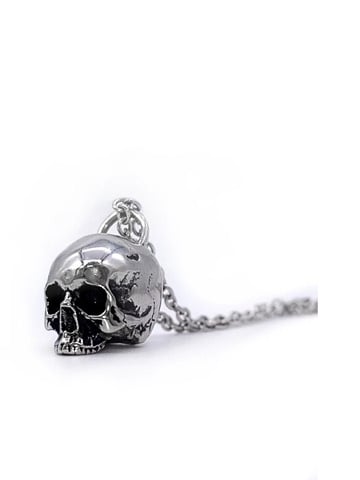 Inspired by the Norse goddess of death, the Hel Skull ring is a newer addition
to the Mysticum Luna range.

Hel rules over the underworld where the dead dwell. Anyone who doesn't die in battle and ascend to Valhalla is damned to spend eternity in Hel with the goddess. Her names' meaning of "Hidden" relates to how the dead are buried underground, out of sight and hidden from the world...bring the dead out of hiding.

Made by MYSTICUM LUNA